Temperature co-efficient (the lower the better) : -0.38

Sunpower have been developing solar technology since the 1970s when the company’s co-founder, Dr. Richard Swanson, was intrigued by solar cells being used on satellites. Sun Power’s E- and X-Series solar panels are cradle-to-cradle (C2C) certified, the first solar panels in the world to gain this certification. SunPower Solar panels are some of the top performing panels on the market today. They are so reliable that they are used by NASA in outer space powering the Mars rover, and closer to home on Earth to explore Greenland’s ice caps and fly solar planes.

Sun Power’s solar technology continues to set records, and the company has become a global leader in the growing solar industry. Sun Power’s solar cells powered the prototype solar airplane Solar Impulse in 2011, which ended up flying for 26 hours powered by the sun alone. The Solar Impulse 2, also powered by SunPower solar cells, is described as a flying laboratory and keeps setting world records. SunPower partnered with Total SA in 2011 and acquired French Solar Company Tenesol in 2012, continuously striving to lead the solar pack. Sun Power’s E- and X-Series solar panels are cradle-to-cradle (C2C) certified, the first solar panels in the world to gain this certification. C2C takes into account the sourcing and recycling of materials as well as the use of renewable energy, water and the treatment of workers and the natural environment where production takes place.

Top Value Solar is a wholly owned and operated Australian Company based in Brisbane and servicing Queensland. Staffed by a team of fully qualified electricians with over 30 years combined electrical contracting experience. 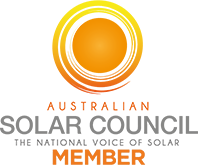